BACK TO About Us 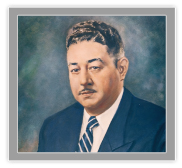 The Diamond Wire Spring Company was founded in 1939 in a garage-like building in the Bloomfield section of Pittsburgh, Pa. By 1941, ownership of the company was held by five businessmen who joined to form a corporation. During World War II, the five participants were totally committed to their respective wartime responsibilities, and the expansion of Diamond was limited.

By 1947, one of the five owners, Alphonse J. Fazio, bought out the other stockholders.

A University of Pittsburgh metallurgical engineering graduate, Mr. Fazio left his position as plant superintendent of Braeburn Steel in New Kensington, Pa., to become the full-time president and owner of the fledgling Diamond Wire Spring Company. He had the complete support of his wife, who encouraged him to put his experience in steelmaking to use in guiding Diamond's growth. Under his leadership, the company became a leading supplier of precision springs in the East. In 1945, Diamond moved from its Bloomfield location to Grant Avenue in Millvale, Pa., and, in 1956, Mr. Fazio built a modern facility on Babcock Boulevard that remains the main manufacturing plant today.

In 1959 at the age of 49, Alphonse Fazio suffered a heart attack and died. It is thought that he may have had a premonition of his passing because, on the day prior to his death, he advised his wife to sell the business should anything happen to him. Mr. Fazio feared that his wife and seven young children would be lost in a metals fabricating business dominated by experienced businessmen.

Contrary to her late husband's advice, as well as that of the company's Board of Directors, Jane Fazio at age 40 decided to continue the precision spring business her husband had founded. Mrs. Fazio's concerns were for her seven children, ages 11 months through 14 years, and Diamond's 19 employees and their families. "I didn't want to go through life saying, I wish I would have tried to keep the business," she expressed when describing this most critical time. A graduate of Northwestern University, Mrs. Fazio met with the Diamond employees and told them of her decision to keep the business. She assumed the presidency and hired a general manager to be responsible for the company's production while she managed the overall business and raised her seven children. Over the years, all of the children either directly or indirectly entered into the business.

Following military service in the Vietnam era, Mrs. Fazio's sons Arthur, Don and Frank joined the company. Paul, Alphonse, Nina and Zita's husband, Gary Schuessler, also became active in the business, and the company began to expand beyond its Pennsylvania origin. First, a southern plant was established in 1971 in a rented building in Greenville, S.C. Later, a new facility was constructed in Taylors, S.C. In 1975, the Pittsburgh facility was expanded. Diamond's southwest plant in Tyler, Texas, opened in 1982. By 1985, the catalog division was introduced in Pittsburgh to sell stock springs throughout the country. A new manufacturing facility has been constructed in Tyler, Texas, and there has been additional expansion to the Pittsburgh plant.

Growth Today and Beyond:

Mrs. Jane Fazio carried on her husband's tradition and remained active as chairperson until her death in 1993. Today, Diamond is a third-generation, family-owned manufacturer of precision springs. In the past as well as today, the success and accomplishments of Diamond Wire Spring have been realized through the company's dedicated and loyal employees in both production and management. Diamond Wire Spring has been and remains a people-oriented company that designs and manufactures industrial precision springs.